Below you’ll find detailed instructions and our demonstration video as well as the scientific explanation of “why it works.” We’ve also included a more ideas to explore the concept a bit further. 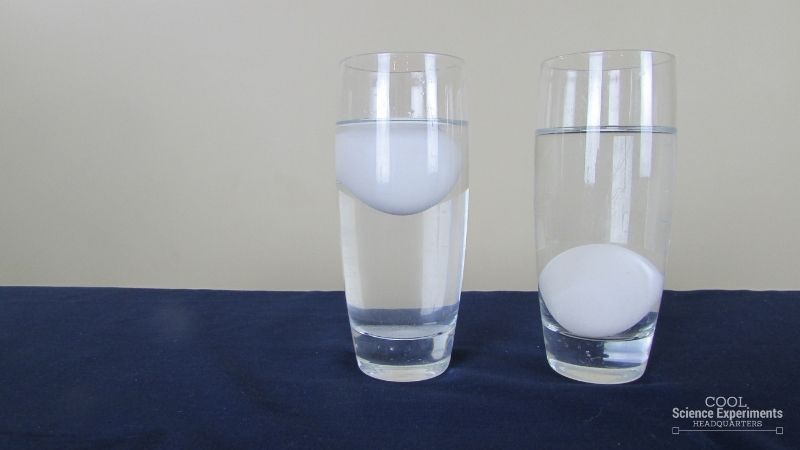 Experiment Setup – Start with some observations about the eggs. Note that they are both raw eggs and have a similar size and weight. Then ask some questions. Do you think that the eggs will sink or float when placed in water? Do you think it’s possible to make them float? If so, how? Write down your hypothesis (prediction) and then follow the steps below.

Step 1 – Fill a tall drinking glass about 3/4 full of water and carefully place the egg into the glass. What happens to the egg? That’s right, it sinks to the bottom.

Did you know there is a way to make it float? Continue on in the experiment to find out how. 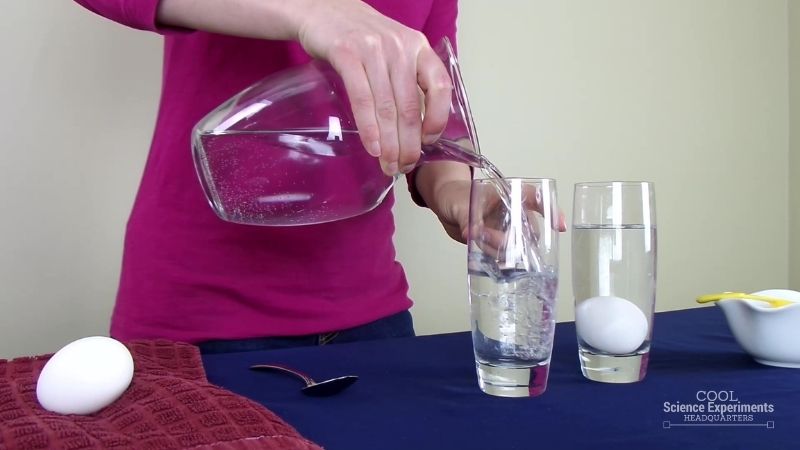 Step 2 – Fill another tall drinking glass about 3/4 full of water. 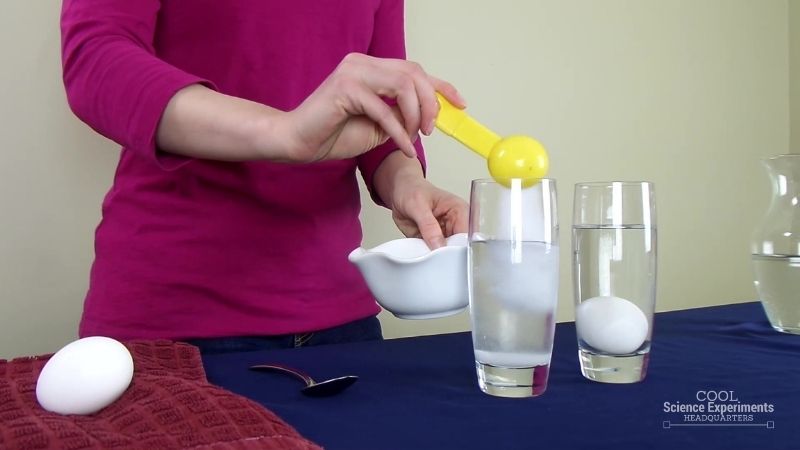 Step 3 – Add 3 Tablespoons of salt to the water and stir until it is completely combined. What do you think will happen if you place the egg into the glass with the salt water? Write down your hypothesis (prediction) and then test it to see if you were right. 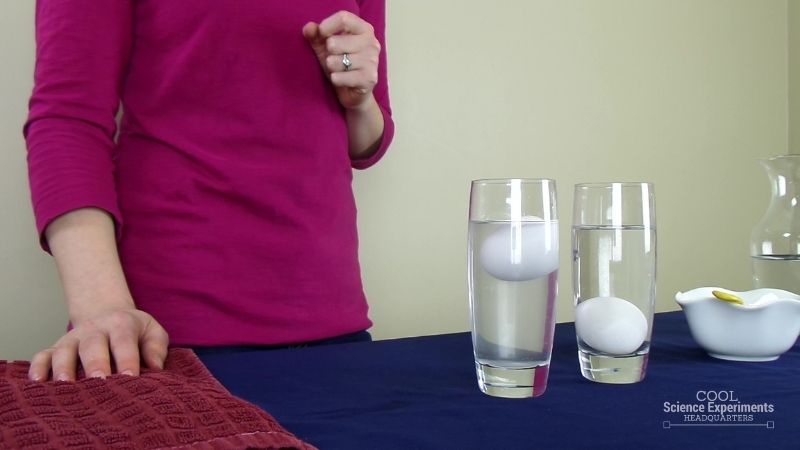 Step 5 – Next carefully place the second egg into the glass with the salt water. What happens to the egg? That’s right, it floats. Take a moment to make some observations. Why do you think one egg sinks and the other egg floats?

Find out the answer in the how does this experiment work section below.

How Does the Floating Egg Science Experiment Work

Why does the egg sink in regular tap water, but float in saltwater? The answer lies in the density of water!

The egg will sink in regular tap water because the density of the egg is greater than the density of water. The egg’s density is only slightly higher than water at 1.03 g/mL, but that is enough to make the egg sink.

Try this experiment again, but instead of using an egg use a potato slice or a carrot slice. You will have to play around with the amount of salt you add to the water because all objects have their own unique density. Add salt a tablespoon at a time and mix well until you cannot see any salt in the solution, then add your object to see if it floats or sinks. Remove your object and keep adding salt until you can get your object to float. To make it a true science experiment, create a data table to keep track of how much salt you add to the solution.

I hope you enjoyed the experiment. Here are some printable instructions. 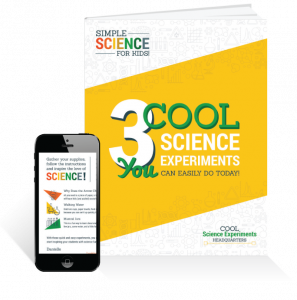 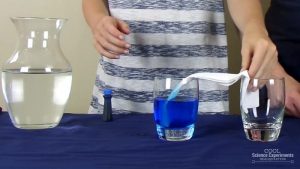 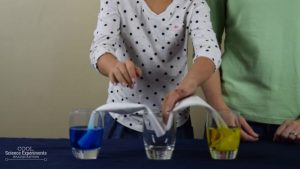 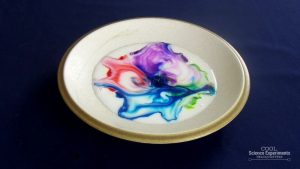